Altenew | Stretch Your Dies With This Die-Cutting Technique 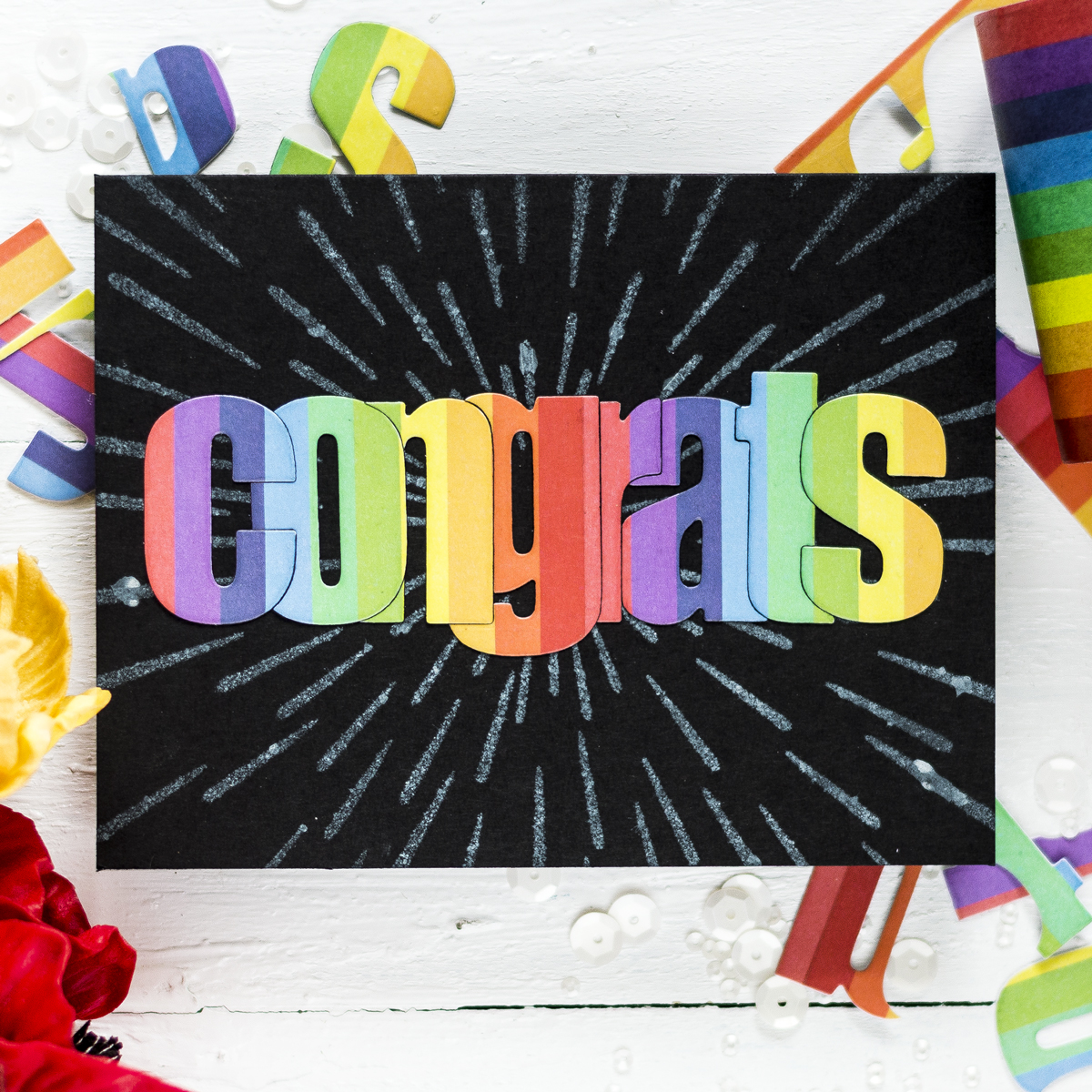 Today, I want to share a dramatic card using the Altenew Instant Rainbow Washi Tape and featuring a die-cutting technique that can help you stretch your alphabet dies.

I started making the card by applying two lengths the washi tape onto a white cardstock panel one next to another (as I needed the piece about two times longer than the width of the tape). Next, I started die cutting the letters for the sentiment using dies from the Bold Alphabet Die Set. 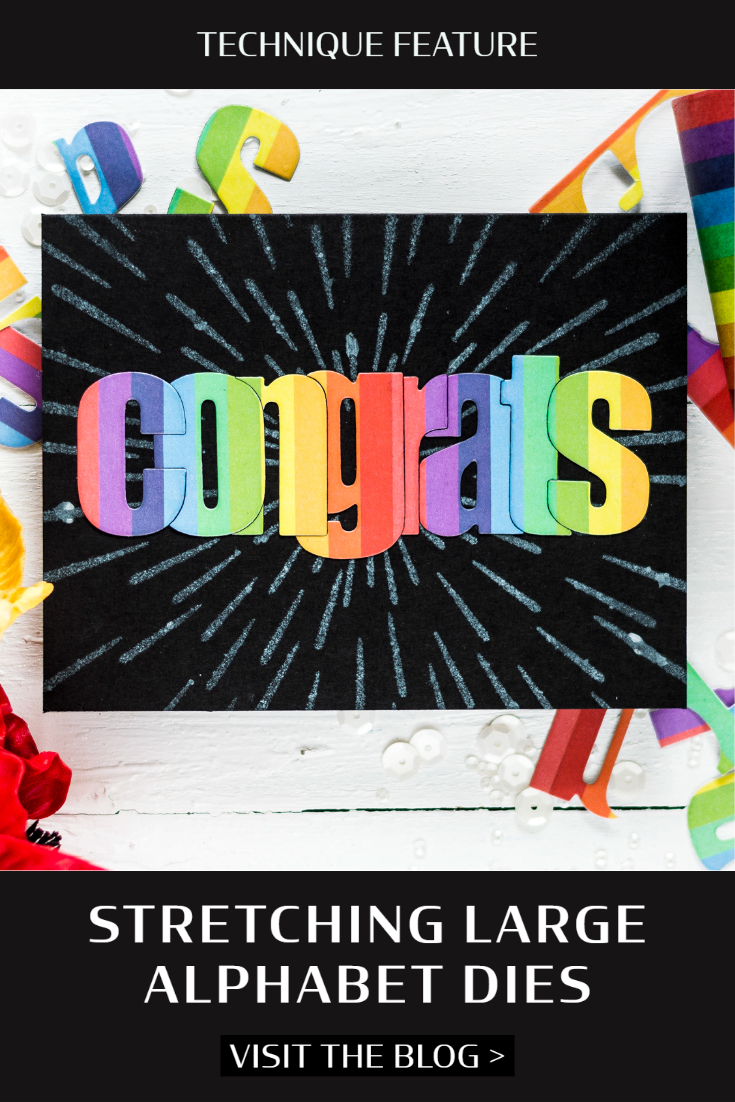 This die set is one of my favorite alphabet die sets ever. These huge letters are the easiest way to make a statement on your card. These bold letters can make any card pop. The only “weakness” of this set is that it can be challenging to make a longer sentiment for an A2 card using it. Challenging, but not impossible of course. One way to do this is to use a die-cut inlay technique.

So, when I was die cutting letters for the sentiment, I die cut each letter kind of overlapping the negative die-cut space of the previous letter. For example, first I die cut the letter C. Then, I placed the O die partially overlapping the “C-window” left in the panel. So the parts of the O where blue and light blue of the rainbow background are located have negative space in the inlay that the letter C is in.

I die cut N, G, and R in the same manner – overlapping the space where the previous letter was cut out of.

The last three letters I die cut starting from the right end of the panel so the order of die-cutting was – S, T, A. 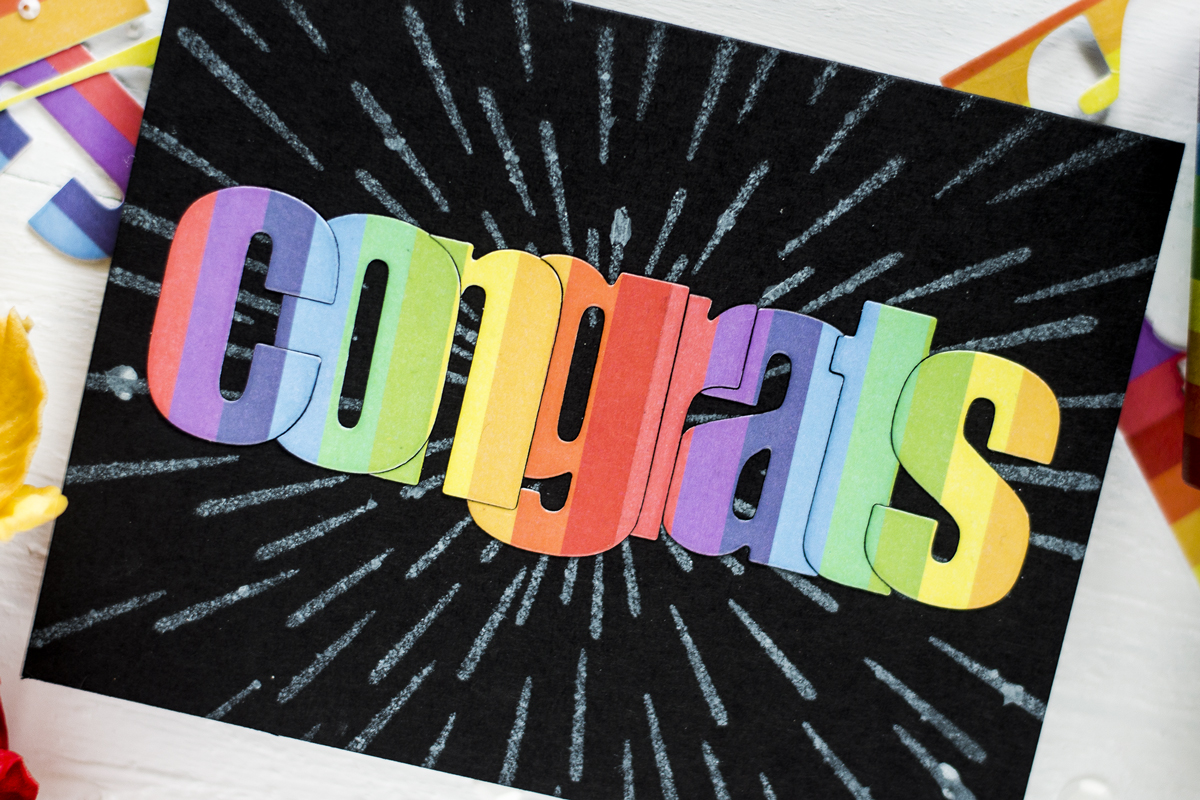 Next, I made a card base out of a Jet Black Cardstock and sprayed Pure White Ink Spray onto it through the Warp Speed Stencil.

Then, I colored all letter die-cuts’ edges with a black water-based marker and adhered them onto the card. Inlaying each letter in the corresponding negative space of the next letter. 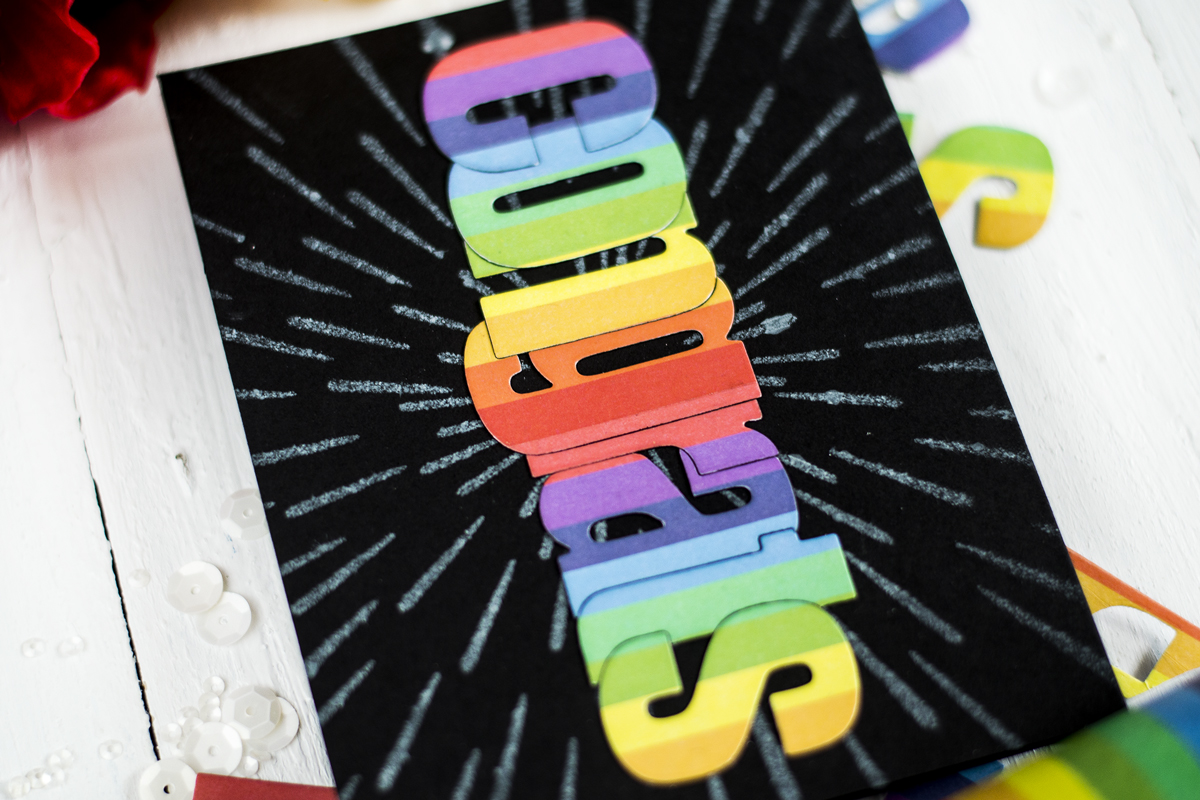 P.S. This technique is difficult to describe in a written form, I had several people asking me to make a video. Currently I cannot fit making video in my busy schedule, but I will try to maybe making one for this technique.

If you’re interested in the supplies I’ve used – they’re listed below. Where available I use compensated affiliate links (which means if you make a purchase I will get a small commission with no additional cost for you). Click on the letters below to go to a favorite store: Simon Says Stamp (SSS), Studio Katia (SK), Altenew (AN), Scrapbook.com (SC), Amazon (AZ), Spellbinders (SB), Papertrey Ink (PTI), Ink To Paper (ITP) etc.
I truly appreciate your support!