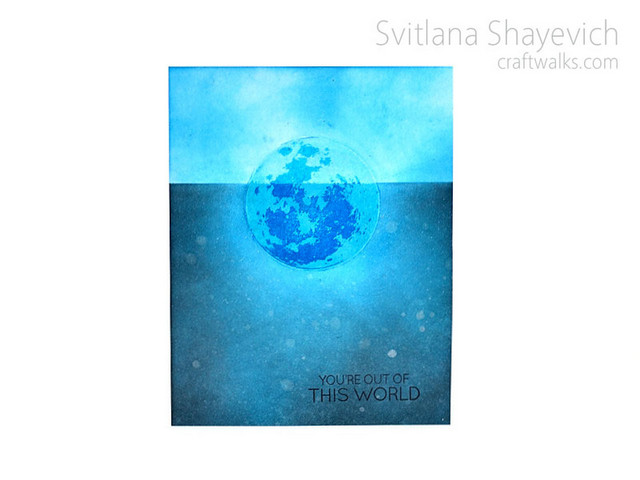 Today I want to share a card I made for the 200th Freshly Made Sketch. I’m not very often link to card to challenges, but this anniversary time decided to play. Especially when saw the sketch. Which is very simple and kind of difficult at the same time.

My idea was – an iceberg, a part of which floats above water but the biggest one lies below it. BUT! I do not have any iceberg stamp! What a shame!!! Then I remembered amazing To The Moon stamps set from Altenew which I’ve been owning for a while but never use. So I imagined a moon, partially drowned in water… like on some fantasy illustrations or something… 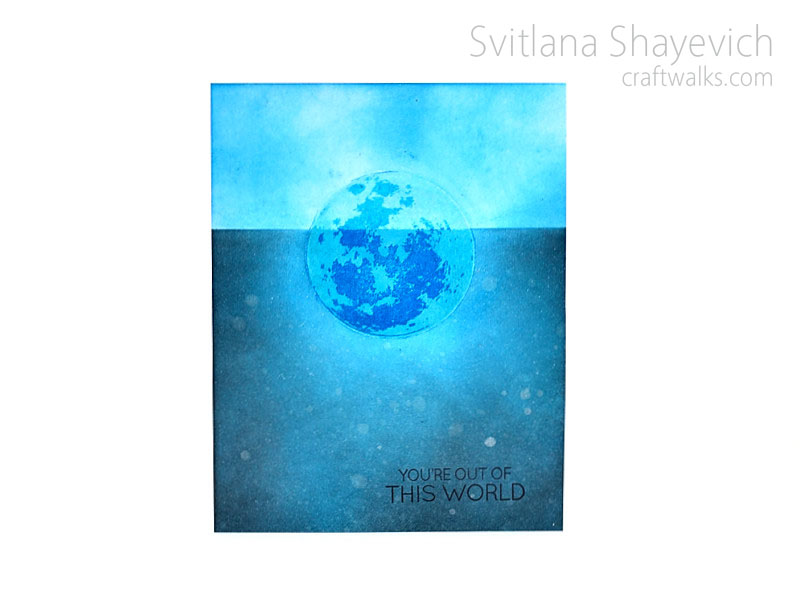 It was pretty easy to make this card. The most difficult part was to stamp twice to the same spot. Which some people can do easily and some (as myself) got a MISTI for this. So I stamped moon twice – ligther and darker parts, using tape masking to divide then. Then I stamps the moon base (solid circle) with Versamark ink and clear embossed. In this way I protected my moon from inks and then I started making background with distress inks. The top part I inked with Salty Ocean Distress Inks applying inks unevenly to make it looks like sky with clouds. The bottom, which supposed to be sea,  inked with combination of Salty Ocean and Black Soot Distresses, next sprinkled it with Tattered Angels Pearl Glimmer Mist, so got some shimmer and droptlets.

Finally I removed clear embossing from the moon with iron, covered it with Clear Wink of Stella (to make moon shine) and stamped the sentiment.  Which fits perfectly for my idea.

And here is the sketch I used 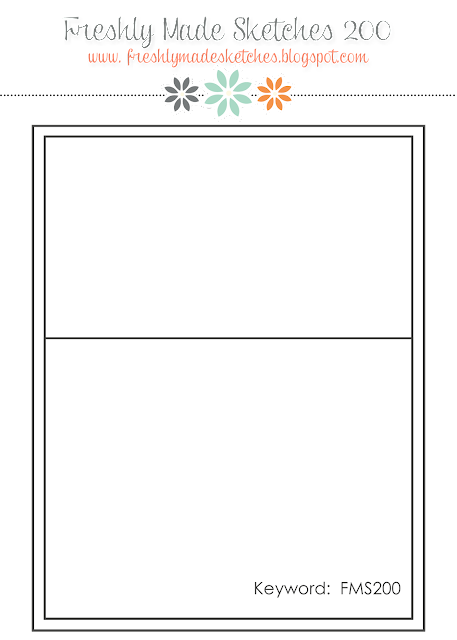 I like this card A LOT. It’s not the one you can present like to anybody, it isn’t versatile. But that made me like it even more.