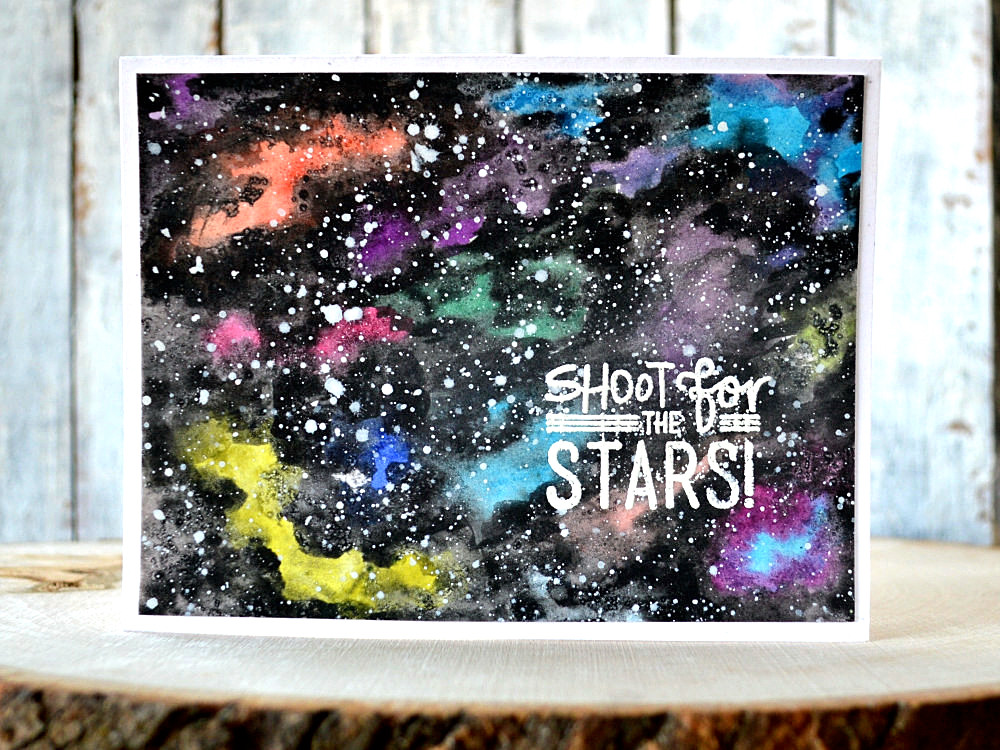 Hello!
Showing some more cards from Watercolor OCC. Made them when the class was on but didn’t have time to post.

The first one is a space one, the technique showed by Jennifer Rzasa. The first moment I saw it in the class I was all “wow-wow-wow”. Also.. it’s kind of embarrassing as I’m not some teenager, but I’ve been watching Star Trek series for the last several months (I usually watch some show when create, or getting ready for work). Finished original one and new generation, now is on Voyager. So I HAD TO create this space card lol.
The whole background is made by watercolor. That was sprinkled with salt here and there while was still wet (salt created interesting effect). Then “stars” were added with white watercolor. And white embossed sentiment. 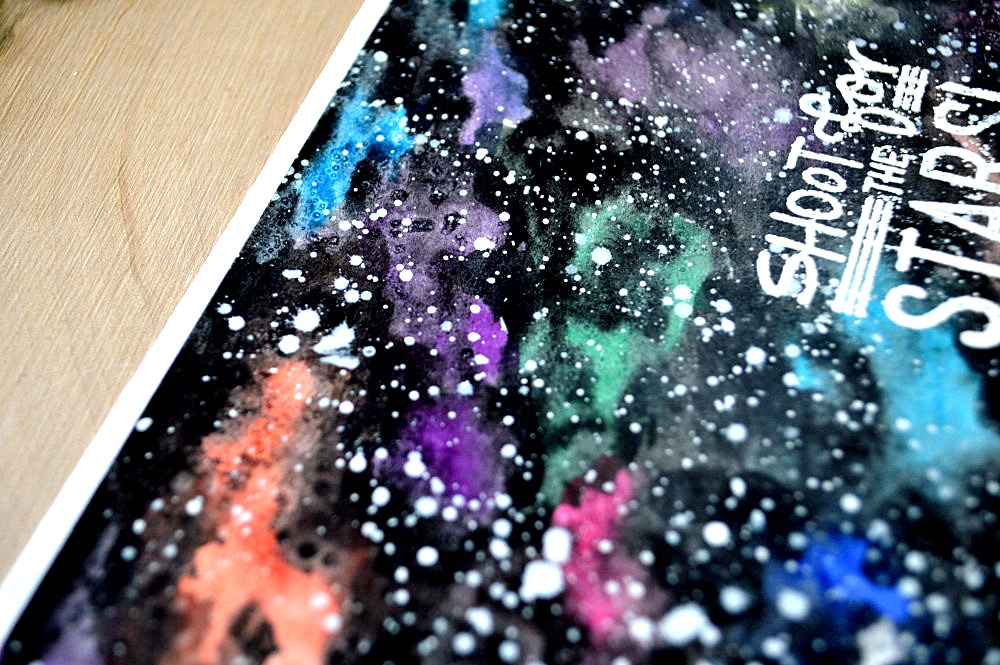 The next one – balloons, the technique Debby Hughes (aka – cardmaking goddess) showed. I’m not very satisfied with the green balloon, and wish I used some grey ink for the sentiment and strings (instead of black). But overall like this card too. It’s so airy. 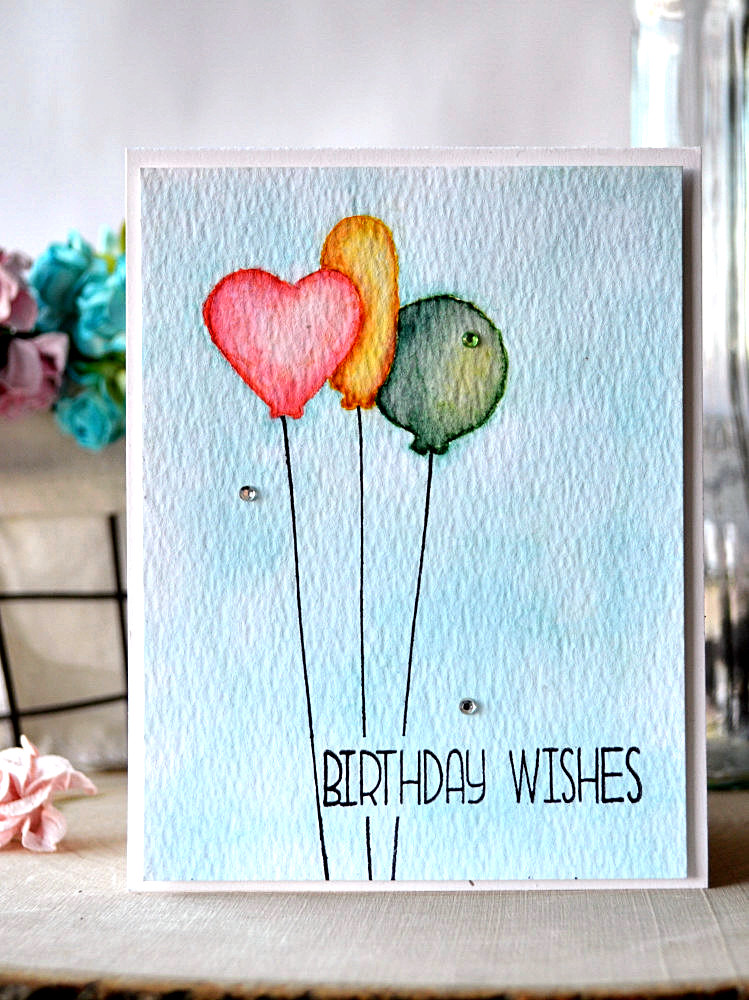 Ok, this one I almost dislike. Spent like three days on it (and this one is like the tenth try). The hardest part was the rose. And even though I decided to leave it alive and make into a card – still don’t like the rose. Could be better. But I’ll try more 🙂 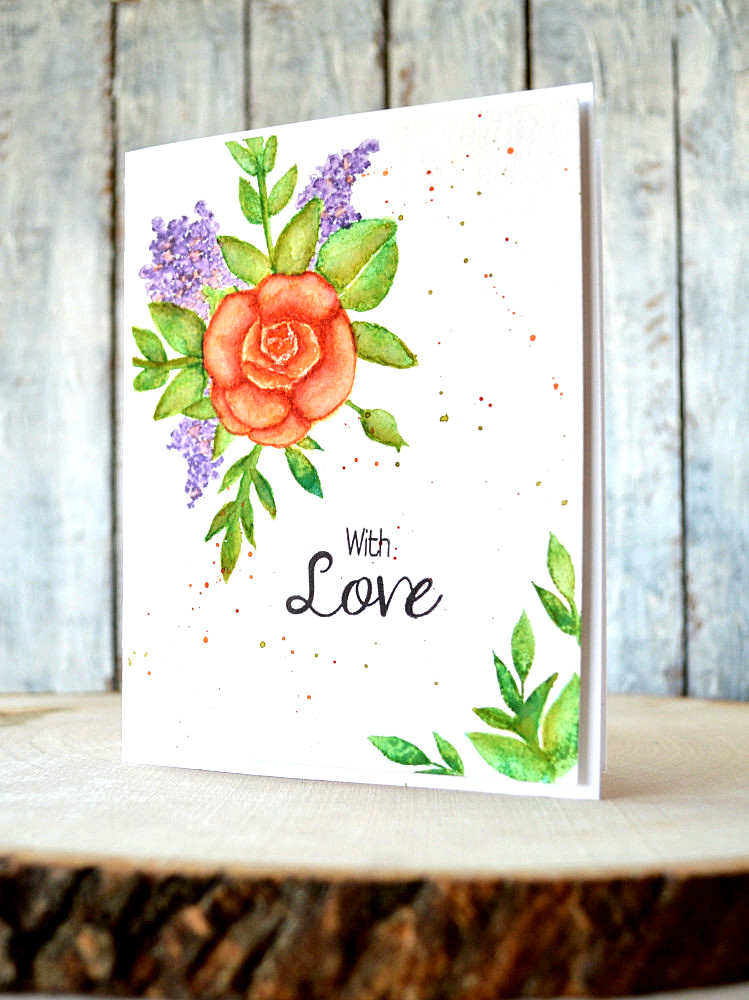 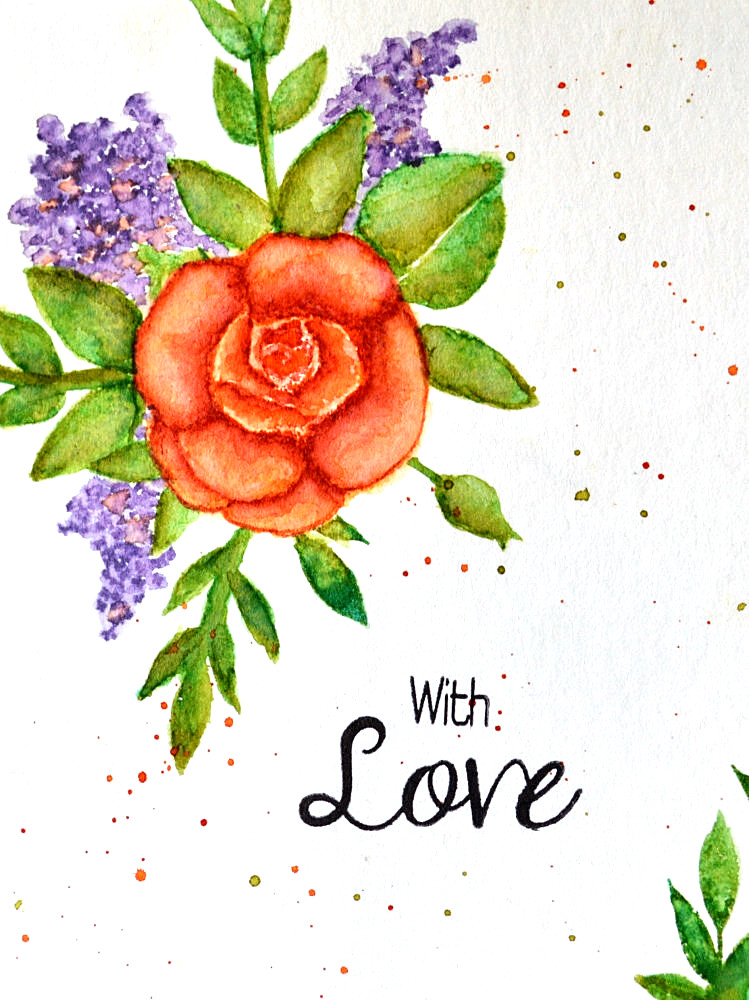 Thank you for visiting.