Hi all! Today I came to show two cards with eyes. Googly eyes. Got them like hundred years ago but hadn’t used until recently.

The first one – an owl in a tree window. Made it for Hero Arts group scramble. The topic was – children birthday card. Well, not my cup of tea. I even don’t have supplies for kids theme. Except paper smooches stamps that can equally work for adult as well as children theme. It was the first time I participated in a scramble. An hour and a half to make a card after topic announcing! This was hard core cardmaking LOL. And I needed to take photo and publish it within the time given. Well, at the end I was all sweat and had the same eyes as this owl.
But I nailed it! And had A LOT of fun! 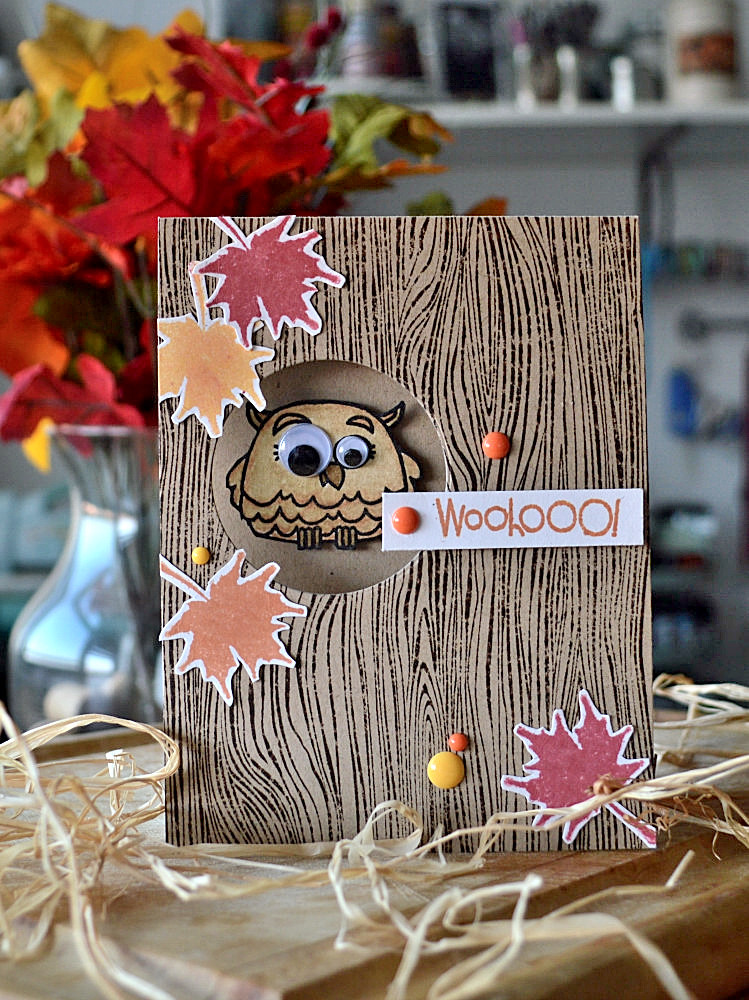 The idea of the next card came to my head when I had made a card with a bird in Summer Card Camp 2. That moment I recalled Pixar bird cartoon and decided to make something similar one day. So this day came 🙂

The card itself is very simple. Masked and inked background+twine+bird with googly eyes. 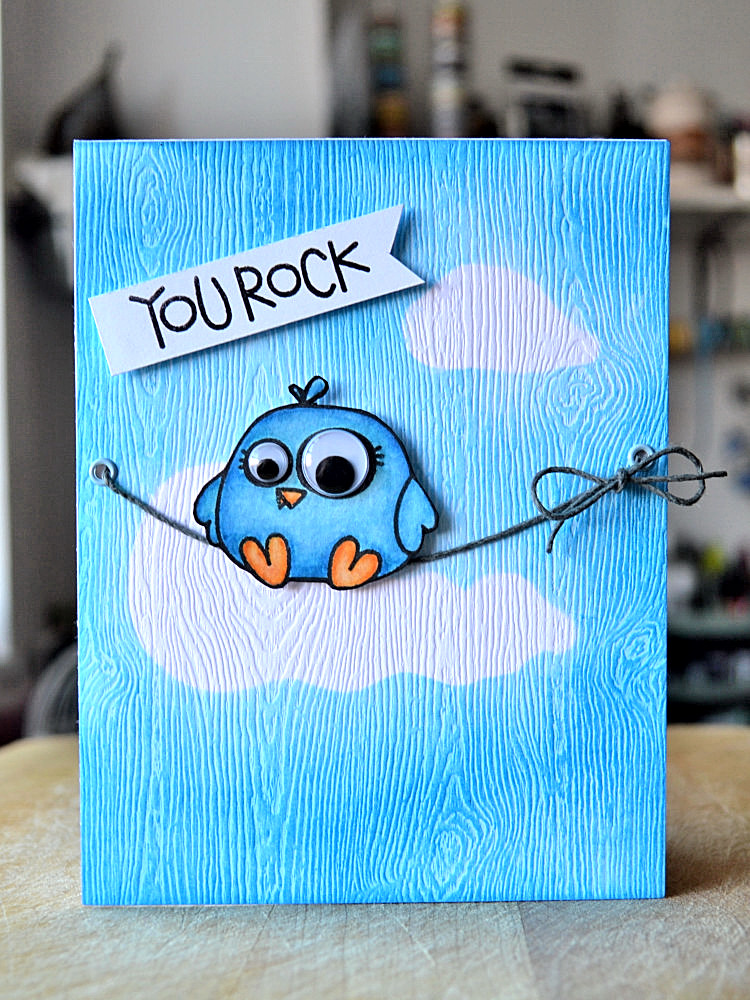