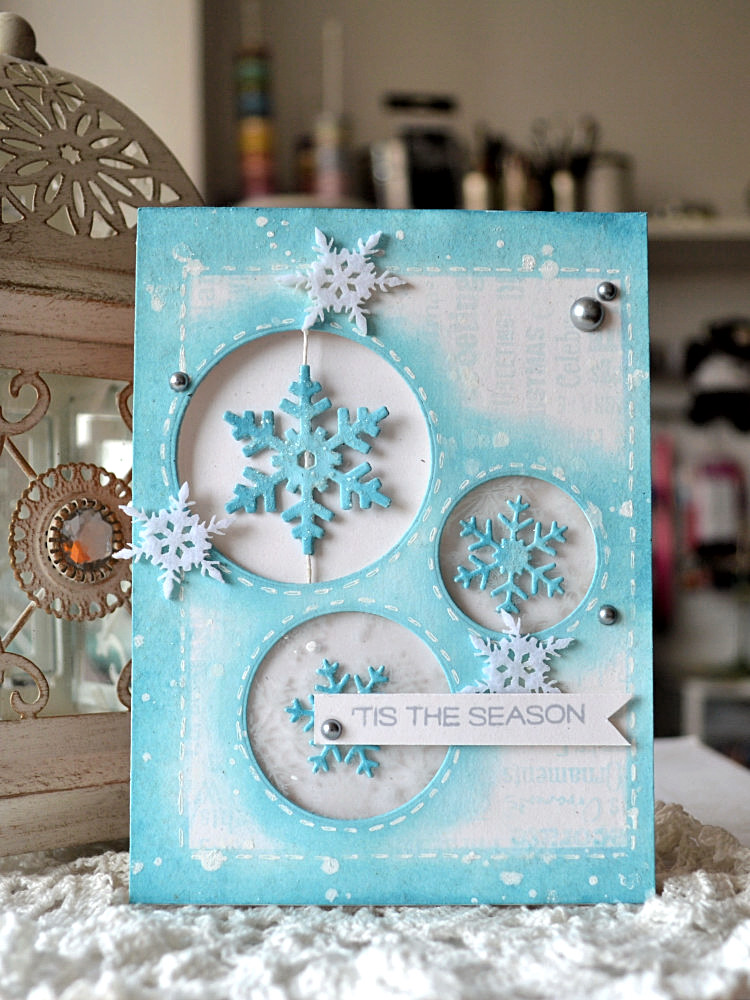 Hey guys!
With this post I wanna start showing cards I made in Summer Card Camp 2. In this post I won’t show class cards yet, but those I made for pre-class challenges. And down there you can find a small tutorial of one technique I used.
So the first card was made according to the sketch given.  Even thought it’s a summer camp I keep hating summer and heat and waiting for winter and cold. So the very first card is a winter one. Freezing 🙂

The background is created from a white base. Stamping+inking with masking. One of die-cut circles has a snowflake hanging, another two – a piece of clear packaging inside. 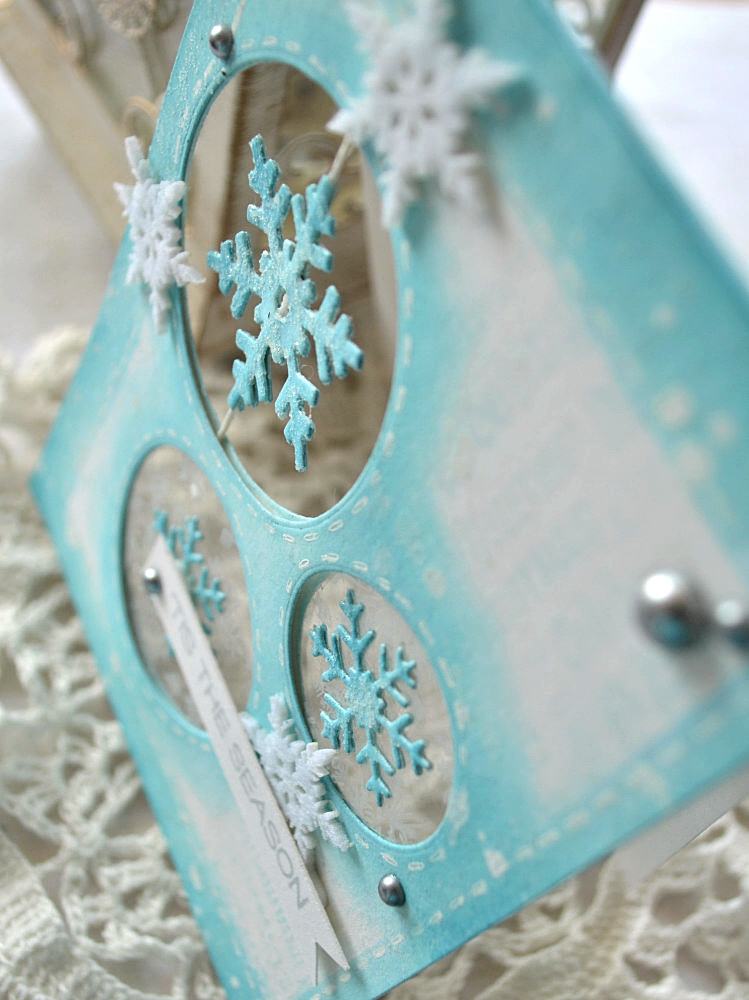 Then a lot of photos trying to show all the details. On the photo below you will probably see white Stazon stamping, die-cut snowflakes are adhered to them (on the both sides to hide adhesive marks) 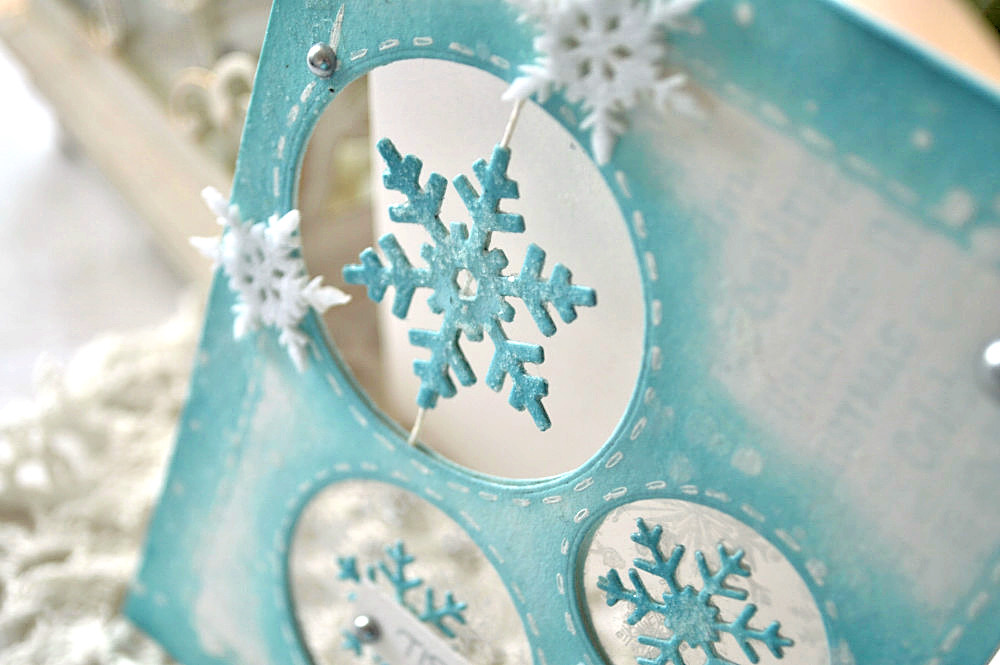 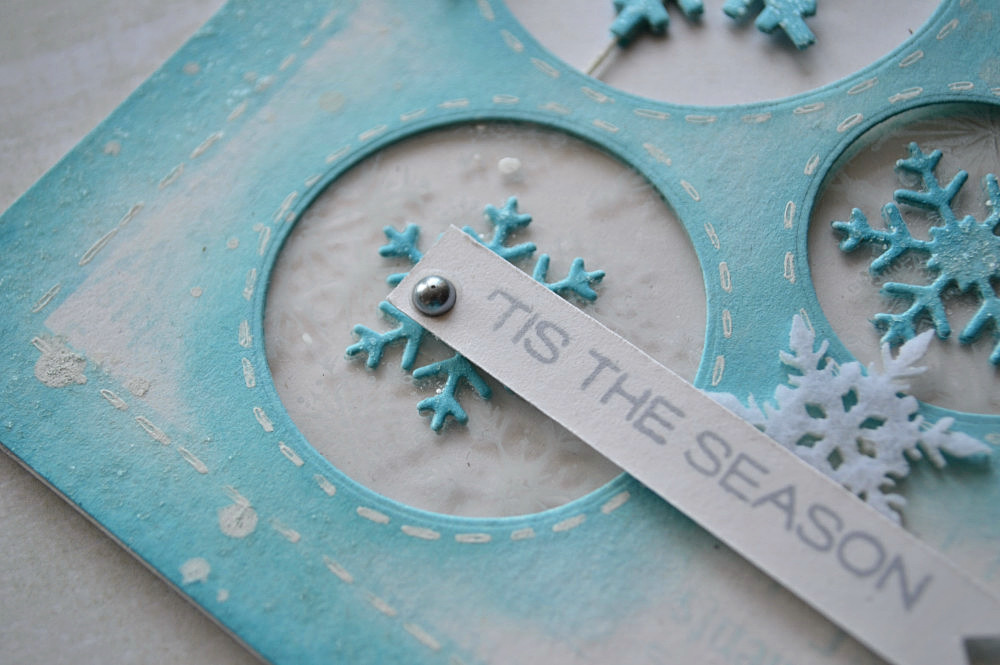 Snowflakes are covered with Distress Stickles .. 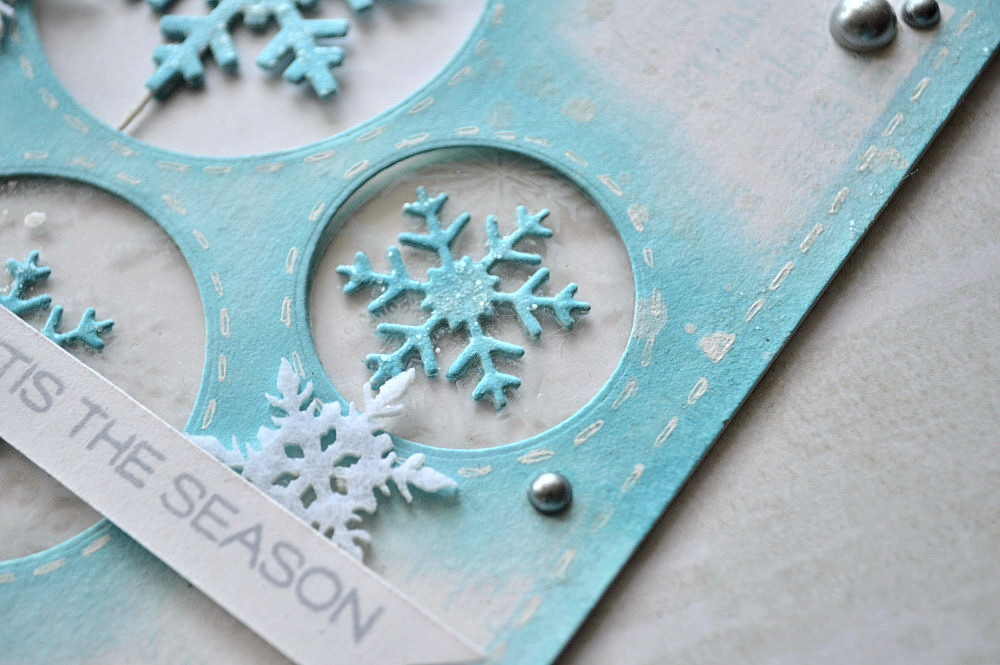 as the card borders 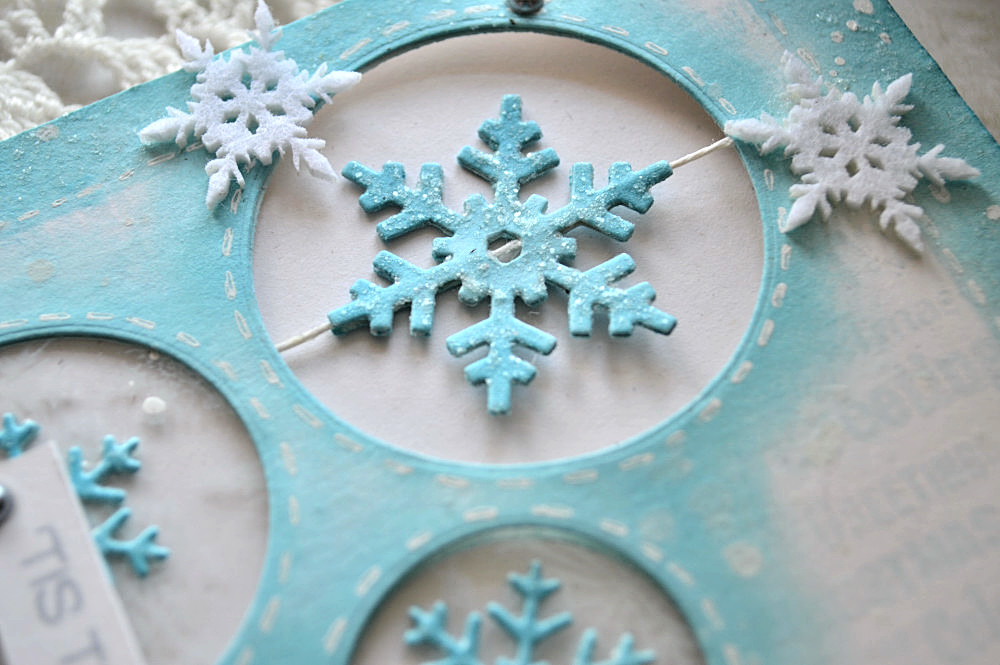 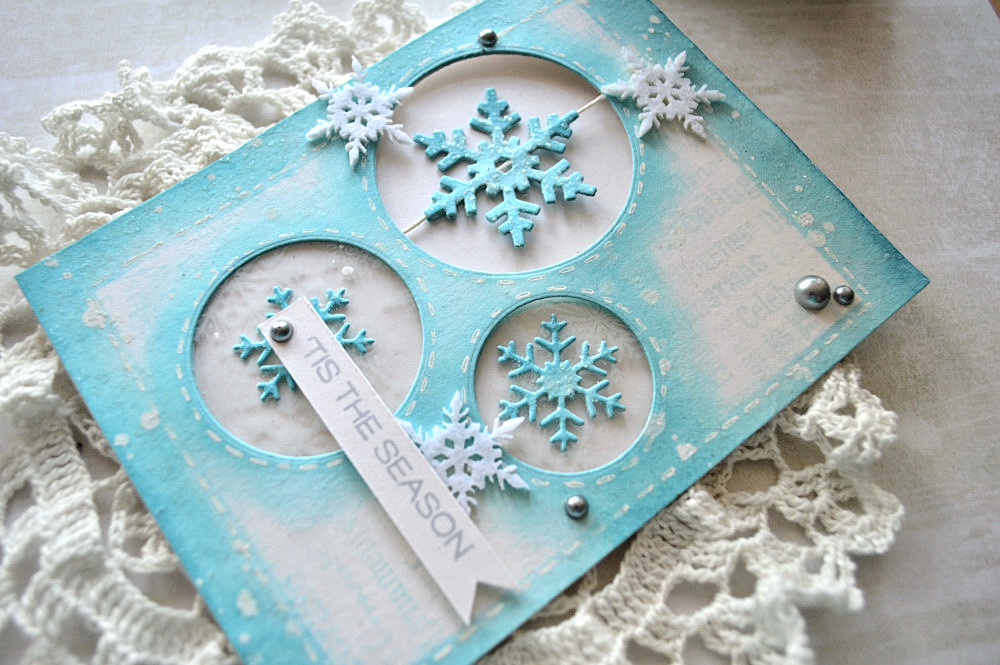 The next card is made according to the color combo given. I used my new PTI  stamp set here (love it and used a lot in the class). Nothing special, very simple looking card. Except I worked on it for several days, spoiled a lot of paper LOL 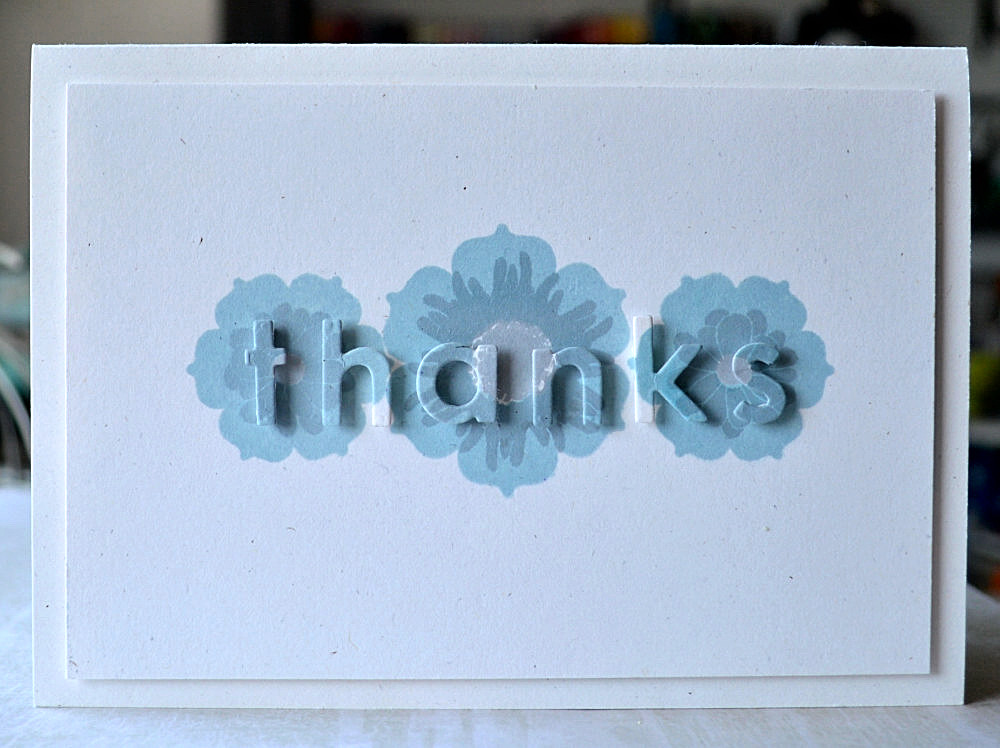 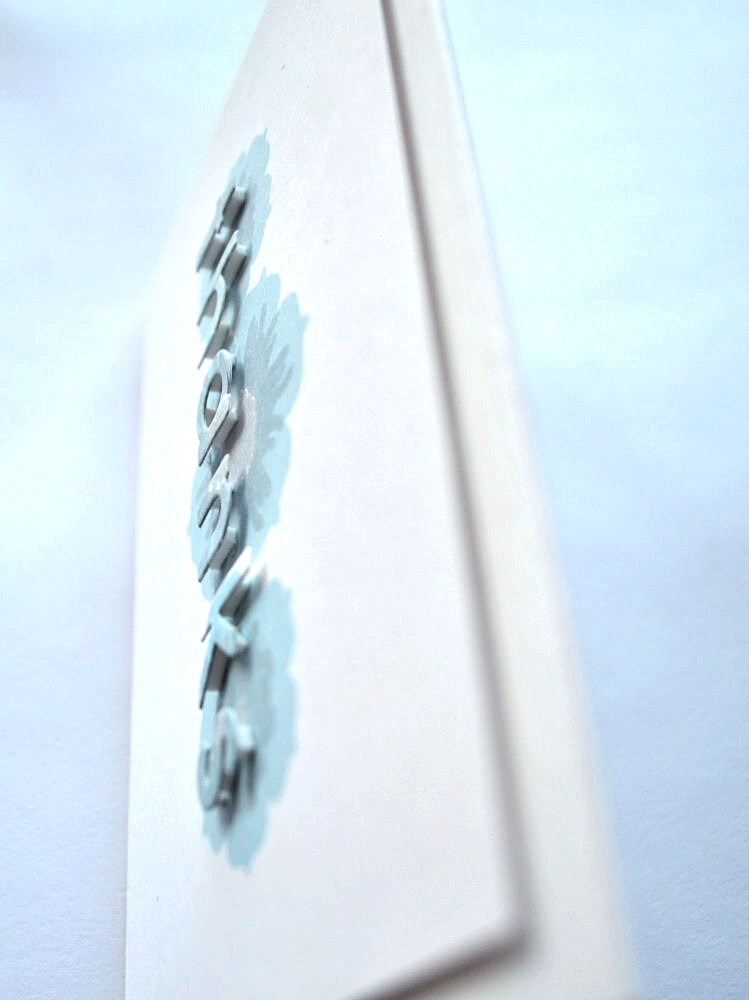 I was asked to share the technique I used to create this card so I made a micro tutorial. “Micro” because it shows only the key aspect of this technique. And the key is to stamp two completely the same images. It’s easier to do when you have only one stamp, I had to stamp 9 times to create a picture (as used layered stamps) and needed another one, completely the same. I saw similar techniques on the Internet but none fitted this my task. So I kinda invented my own way, developing ideas I found online. I will show the only idea itself, not all card making steps.

So you will need a stamp positioner  (or something you can replace it with), cutting mat with a grid (or some other grid surface), 2 pieces of cardstock of the same size (one is for a card front and another for die-cut letters), clear stamp block.

1. Put down a stamp positioner on a cutting mat securing it with painter tape so it won’t move. You need to line up the positioner with a corner of your mat grid (see that lousy arrow on the photo below?) 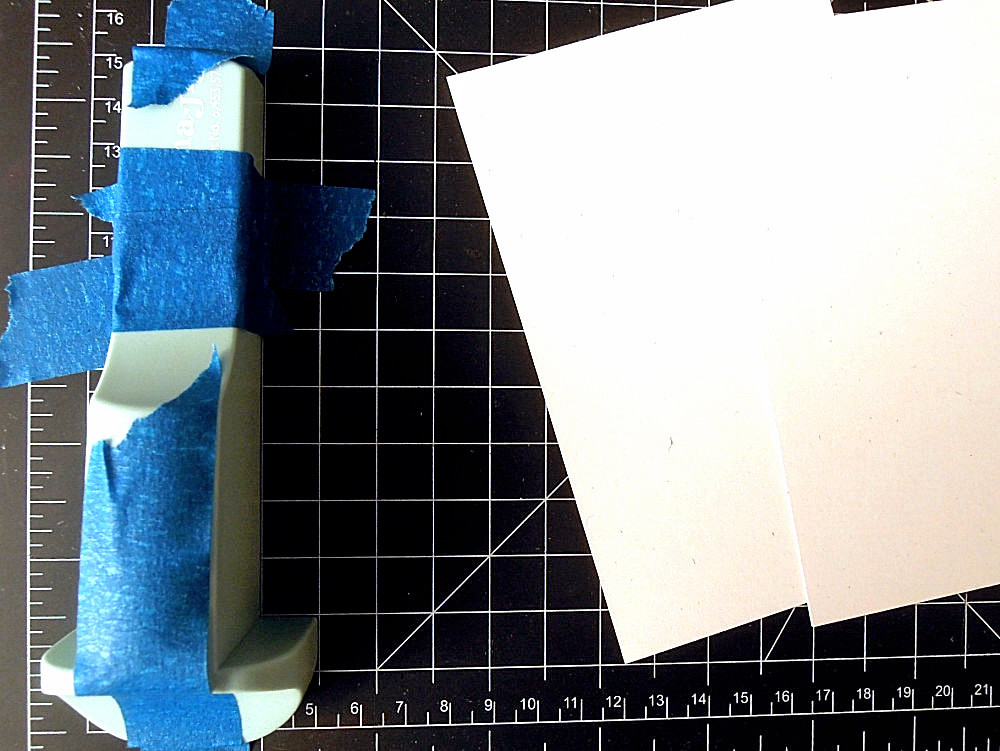 2. Lay down the card front cardstock on the mat, aligning it with horizontal line that goes from the positioner corner. 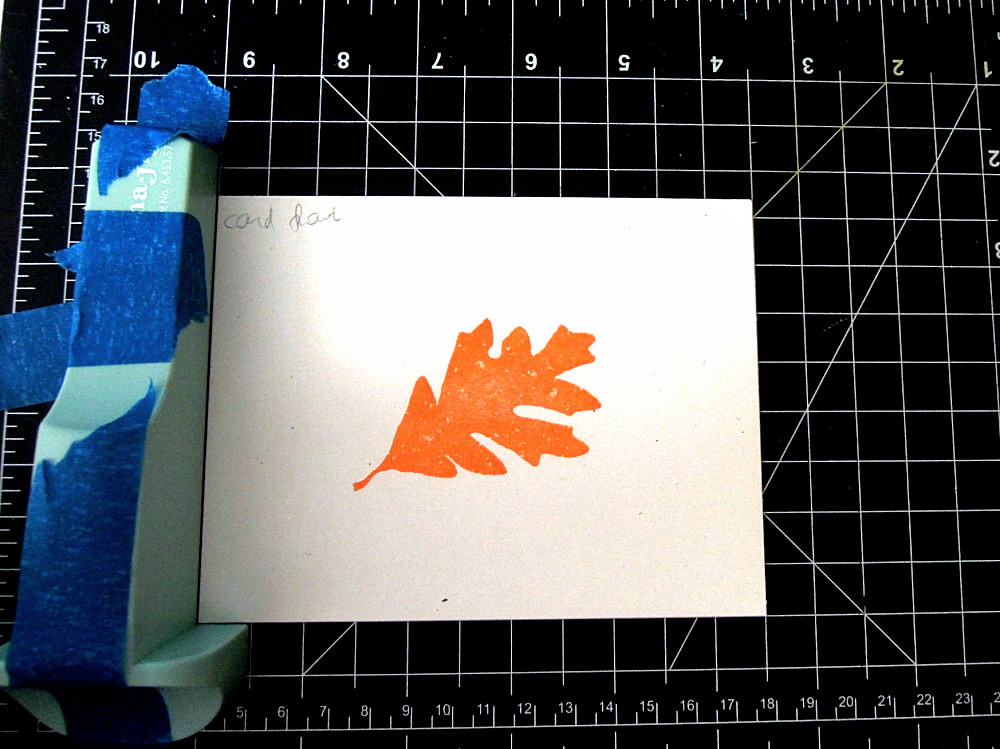 3. Lay down the first stamp on a card front in a spot you wanna have its stamped image, stamping side down 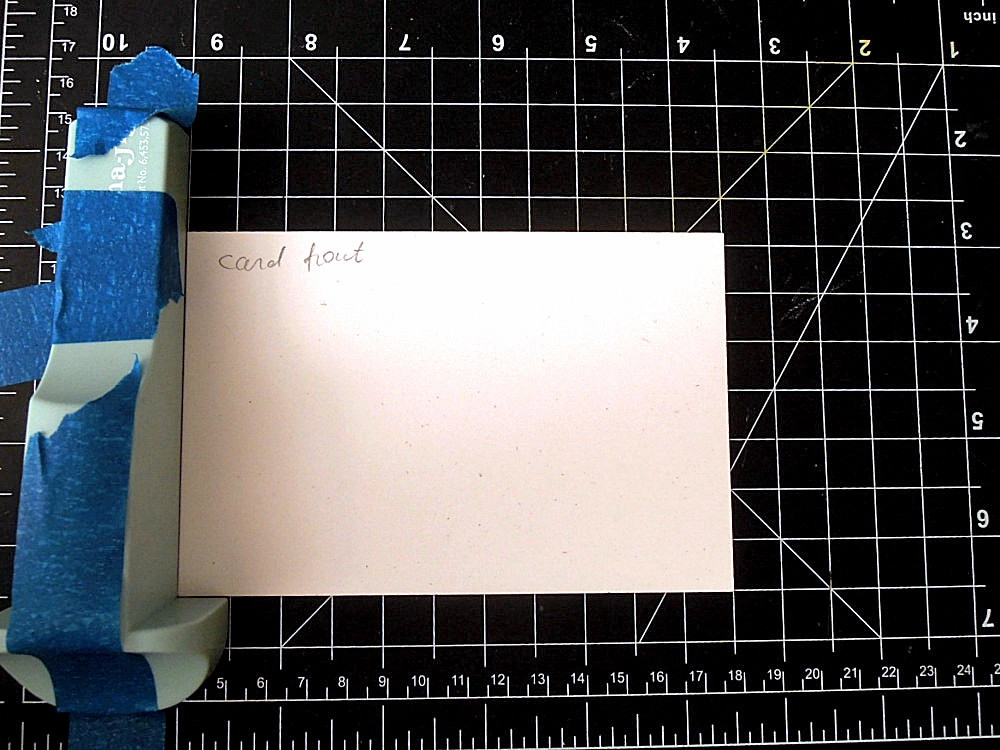 4. Put your stamp block into the positioner corner, sliding down onto the stamp. Press firmly so the stamp sticks to the block 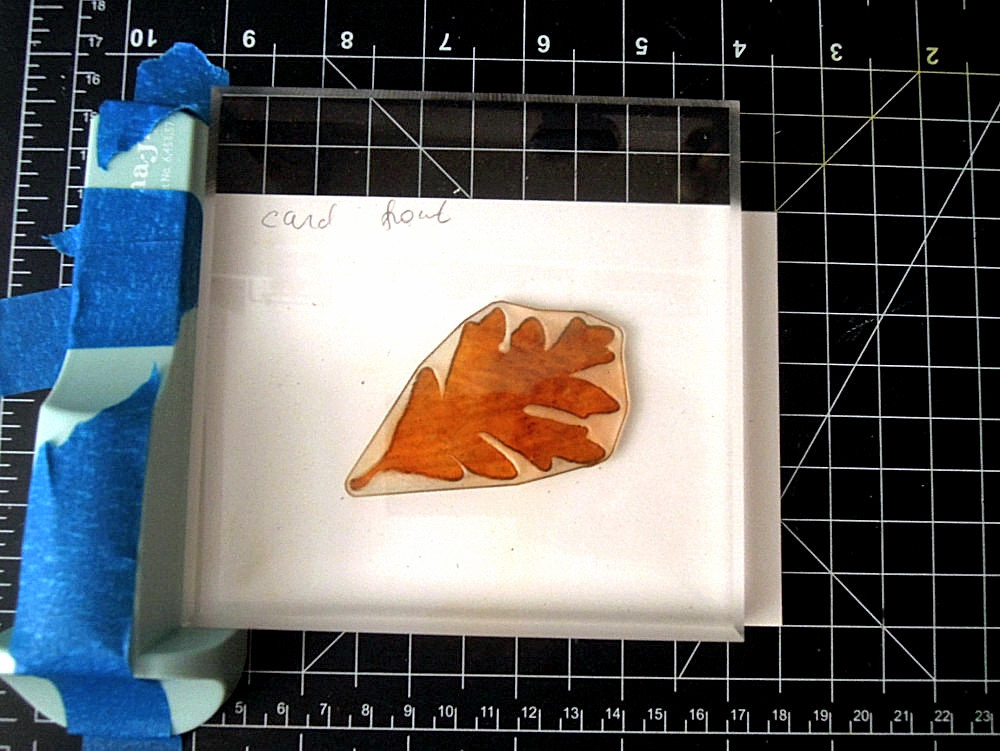 5. Ink the stamp and stamp it on the card front sliding the acrylic block against the positioner corner 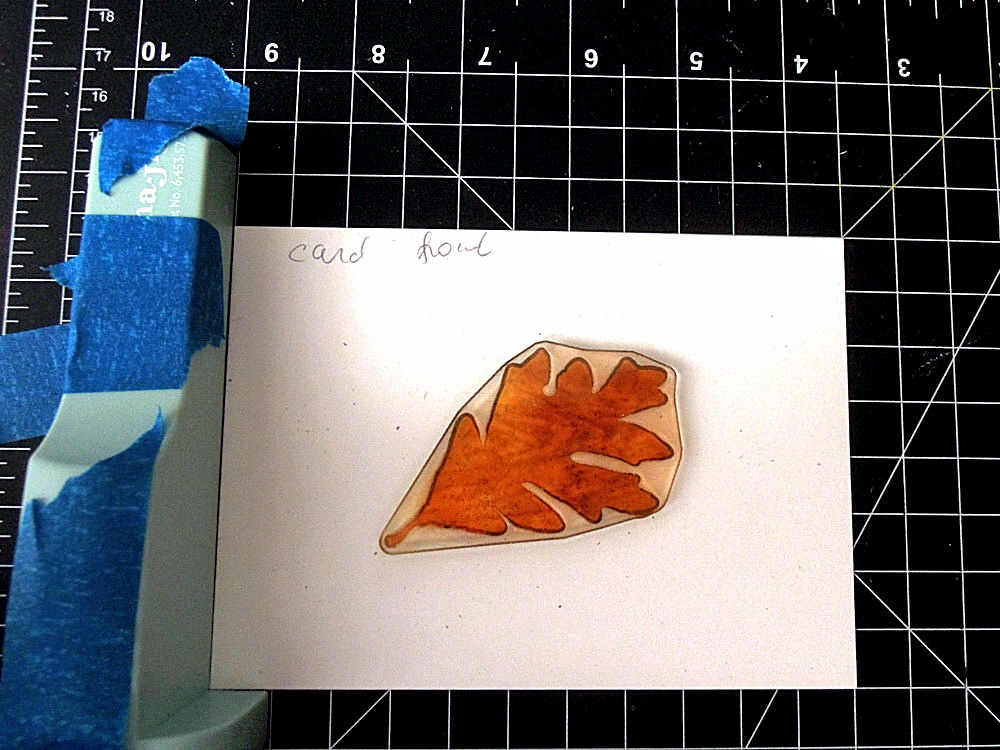 6. Important notice for this step  – without removing the stamp from the block repeat step 5 on another piece of cardstock (the one for die-cut) 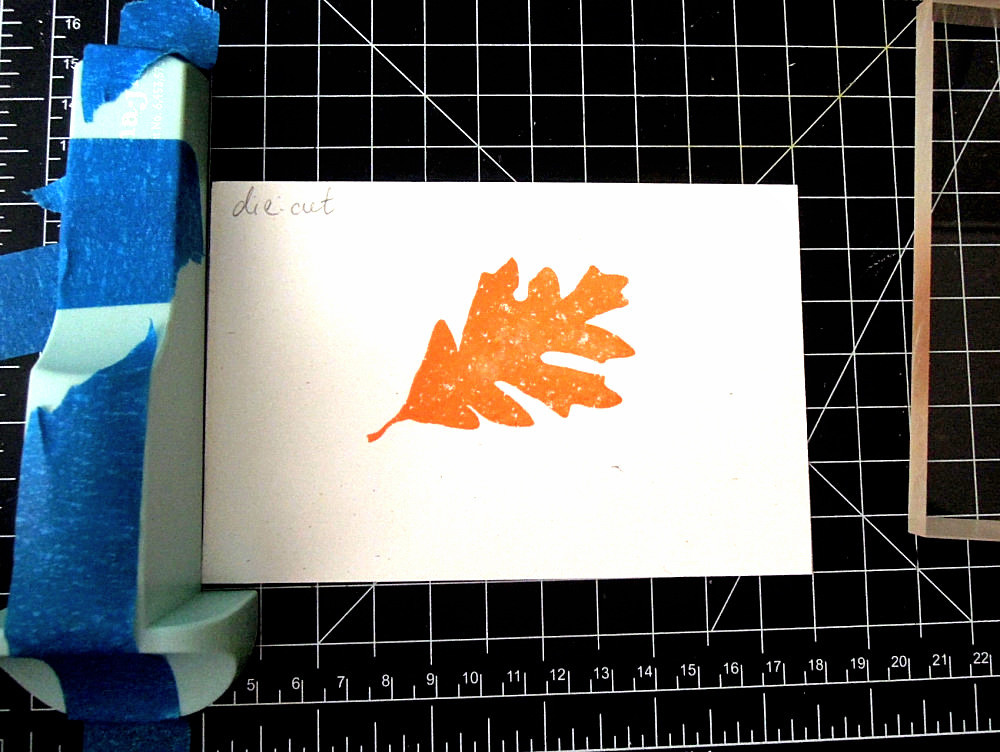 7. Yay! We have two completely the same stamped images! 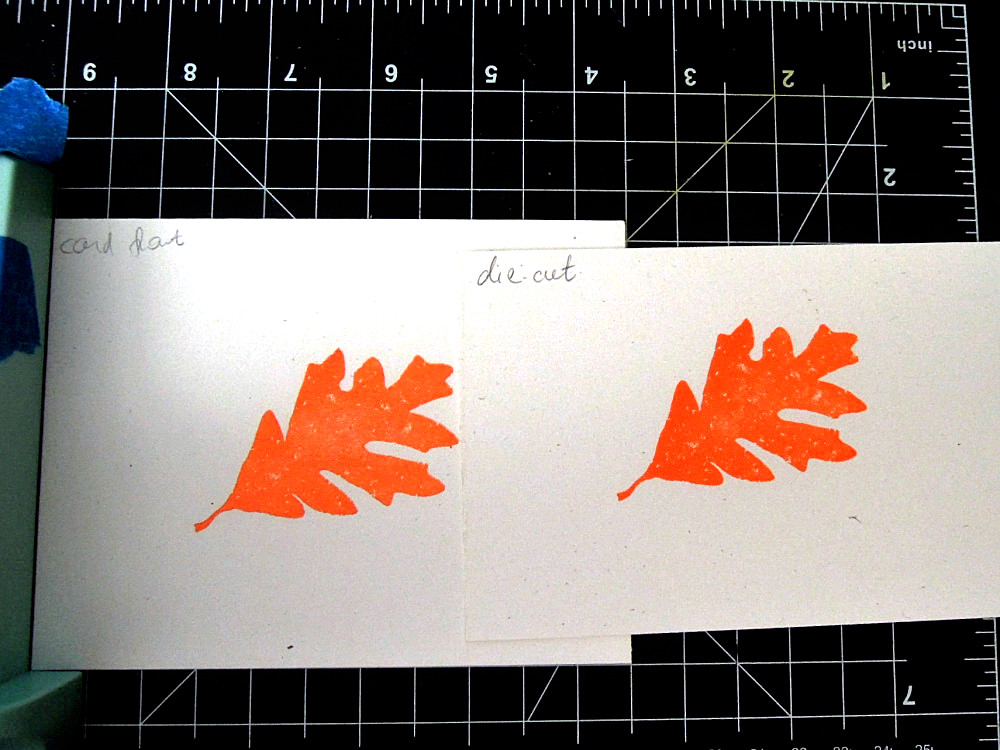 So now you can remove your first stamp from the block and repeat steps 3-7 for other stamps. At the end you will have two completely the same stamped images. Use one for a card front and another one to die cut letters and adhere them to the uncut stamped image placing according to the design (it’s pretty easy).